To read an essay of Peter Handke's On a Dark Night I Left My Silent House, "Acting and Perceiving" by Douglas Messerli, go here:
https://greeninteger.blogspot.com/2009/04/actilng-and-perceiving-on-peter-handkes.html
Posted by greenintegerblog at 6:21 AM No comments: 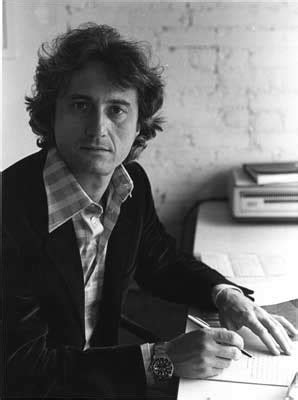 By sheer coincidence within a three-week period I read an autobiographical fiction by a writer I twice published, Richard Kalich, The Assisted Living Facility Library (in manuscript) and a new memoir by another friend, Frederic Tuten, My Young Life. These two works were equally fascinating, self-critical, and quite humorous—despite the fact that they were written at a time when both men were facing old age, Kalich born in the same year that I was, 1947, and Tuten a few years earlier.
I usually do not like reviewing books simultaneously. I believe that every author deserves his or her own attention, and round-ups or gatherings of books together do not fully allow one’s full feelings to be expressed about individual literary contributions.
But, in this case the two books, read back-to-back, contained so many similarities in tone and matter that I simply could not resist yoking them, and explained to both authors that I was about to do so.
Of course, both works, even if one of them poses as a fiction, are autobiographical, and in both heterosexual men speak of their regret for not establishing longer relationships with women, even though Tuten, by the end of his memoir, describes a brief marriage. Kalich, unlike his twin brother, who married, speaks of his books and his love of literature as having replaced a long-term relationship.
What I hadn’t know, moreover, is that both, obviously intelligent New Yorkers (Tuten growing up in the Bronx and Kalich in Manhattan), recognize that at times they were not living up to their full potential. Even more startingly, both attended City College in New York, finding in the City College cafeteria--as Tuten describes it “stretched along the dark basement of Shepard Hall, like the mess halls in black-and-white prison movies”-- a kind of home in which for hours (not fully described in Kalich’s fiction, although in a personal note he spoke strongly about it), but almost the center of Tuten’s book. I asked Tuten, who describes hanging out with the “Bohemian group,” whether he knew David and Eleanor Antin, and he admitted that they were, in fact, at the center of that group. In short, City College becomes almost an unspoken center of their youthful activities, a place that helped to determine their futures, much like the role the Ratskeller at the University of Wisconsin played out for Howard and me.
Both of these figures sought out adventure in foreign shores, Kalich, primarily, through his large collection of books, which in his fiction he must now winnow down to just a few titles before moving into an assisted living facility. I’ve visited him in his South Central Park apartment, and cannot imagine making such a drastic selection.* For Kalich, reading is as good as traveling.
The dreamer Tuten imagines himself in Paris but can only afford such a trip beyond the confines of his youthful memoir, although he does spend some time in Mexico, which appears to be transformative. 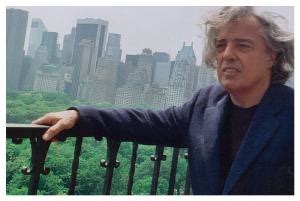 And both writers are often haunted and controlled by their loves for their mother. In their adventures out of the home-bound indentures, they seek close companionship with males, Kalich with his twin brother and in Tuten’s life the writer John Resko (author of a novel, Reprieve), an artist who in his youth had been imprisoned but was himself eventually and quite miraculously “reprieved,” and other artists such as Jack Micheline and his “Hippie girls.” And yes, there are numerous books such as The Magic Mountain in his life as well. And then, later, Tuten became close friends with Roy Lichtenstein and other artists.
These are both self-made men who grew up in households of lean finances, who amazingly became writers and intellects that in their youth they might never have imagined. And their writings are both highly literary and yet comically self-deprecating in a way that only a figure like Woody Allen might have imagined. Both works contain an underlying, almost surrealist, sense of fate, suggested in Kalich’s work in his strange “Mother and the boy” trip to Central Park’s Ramble—a favorite gay hangout—and in Tuten’s work by his tea parties with John Resko and his beautiful wife. They live in worlds nobody else might even have imagined, and they are stronger for it. They are survivors in a scrappy world that might truly have delimited them if they hadn’t perceived how literature, how writing and reading, might inoculate them from the worlds into which they were born.
These self-biographers were not, after all, so very different from Benjamin Franklin, a self-made genius who kept in touch with the common his entire life, despite his adventurous time in Paris. Symbolically speaking, both have been touched by the lightning of the imagination, and reading their texts, you too will surely be enlightened.

*Instead of selecting 50-100 titles to save, I gave all of my thousands of treasured volumes to the Chapman University Library, keeping only a few books I still intended to read at home.
Posted by greenintegerblog at 6:52 AM No comments: