the brief jubilation of living

José Eustasio Rivera’s unforgettable fiction from 1924 (La vorágine), now published by Duke University Press as The Vortex translated by John Charles Chasteen, begins rather amorphously as  a tale of a young poet, Arturo Cora, who with his lover, Alicia, are lured out of the Columbian capitol of Bogotá almost on a kind of romantic whim, into Columbia’s wild backland, where the gauchos roam, much as in a myth out of the American West. 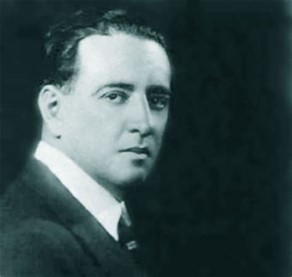 Events in the early pages of Rivera’s significant fiction begin vaguely, and, despite his “confidant,” Insomnia, almost like something of a surrealist dream, when they meet up with an apparently charming con-artist, Casanare, and soon discover that most of the gauchos have left their lands and the cattle they previously brought to market, lured to go to work for Casanare and others in the Amazonian wilds in the new industry of collecting rubber from the trees.

Cora, with the confidence of an outsider, notes:

The hair-raising stories about Casanare did not frighten me. My instincts

impelled me to defy the dangers of the wild frontier. I was certain that I

would survive to tell the tale and later, amid the civilized comforts of some

city as yet unknown to me, look back on the dangers of Casanare with

Even when his girl-friend suddenly disappears from the ramble shack house in which they are staying, evidently lured by Casanare’s men with the promise of great sums of money, he’s seems almost dreamily to follow after her. After all, he has already admitted that he is now “bored of Alicia” and is now ready to return to Bogotá.

His decision to follow her down the Amazon into the dark forests wherein rubber how now become king, begins to shift everything from the dream-like world in which the fiction begins into a horrific nightmare of great specificity. If he previously suffers from insomnia, the “hero” if he might be called that, now falls into a deep “moodiness”:

My moodiness has subjected me to various nervous crises, in which logic and

my brain sue for divorce. In spite of my physical exuberance, my over-active

imagination constantly saps my strength, a chronic problem, because the

visions are unremitting, even during sleep.

Somewhat like Marlow’s voyage down the Congo river in search of Kurz in Conrad’s Heart of Darkness, the further Cora travels into the Amazon jungle the more horror he encounters, now a world where the formerly dreamy gauchos and their families have now becomes slaves, not only to Casanare but to numerous other businessmen and their shills, drawing in anyone who enters their net, the vortex of a hellish voyage into death that the work’s title invokes.

Beatings, gambling, drugs, fevers, and even imprisonment follow, between brief escapes, strange messages left on the trees that produce the rubber, and the continued perception of the ecological desolation of a once pristine world all follow. Mad visions are not uncommon in this totally hellish world:

The voyager’s visions were bizarre, indeed. He saw processions of alligators and

turtles, flowers that shouted, swamps full of people. He reported that the trees

dark. The trees wanted to fly away with clouds, but the earth held them firmly

by the ankles, so that we could never go anywhere.

Roll over Baudelaire, Breton, Ginsburg, Bowles—so many others! Rivera does it better, and with an ecological twist:

vacant lots until a single, great canopy of interwoven tree limbs could cover

the surface of the entire earth. One day, all would be, again, as it was in

the beginning—the age of Genesis, when God floated like a mist over the

You might almost think that Rivera was predicting the earth after all mankind had died from the changes in climate we are now beginning to suffer!

The more the poet-hero encounters the terrors of the jungle, the greater becomes his sense of nature left alone to make itself over: after describing the “trillions of devastating bachaquero ants,” the “termites that sicken and kill the trees like some kind of galloping syphilis.”

And yet, each death renovates the earth. The decay from fallen giant

the newly open canopy combine to encourage germination and sprout-

ing. Pollen swirls in the miasmas of decomposing organic matter. The

smell of ferment is in the breath of both purification and procreation.

Our now more obvious hero sends letters off to leaders in both Columbia and Brazil, demanding that something be done to save the interior, with little response. Even today, the new Brazilian leader just elected would probably side with the rubber barons. And Cora’s attempt to return to “civilization” is a disastrous one, ending in the fiction’s final lines “God help us!”

Yet, Rivera’s passionate plea to save that world is as powerful as any fiction I have read:

as opposed to “enraptured nightingales,” the poetic flowers and babbling brooks of the romantic world, the author’s central character argues for another kind of beauty:

seed; the whisper of tumbling leaves that offer themselves as fertilizer

to the roots of the tree that bore them; the sound of jaws that eat hurriedly

to avoid being eaten; the echoing belch of the satiated predator; the call of

danger and alert; the noisy agony of prey that did not escape; the echoing

belch of the satiated predator. And when dawn finally sprinkles the leaves

with its tragic glory, the clamor of the survivors, the keening of the birds,

the chatter of the monkeys, the thrashing of the wild pig—all for the brief

jubilation of a few more hours to live.

I am so delighted to have read this writer, working in the tradition of the great German naturalist, Alexander van Humboldt, and the important French naturalist writer Jules Michelet, and I admire Duke University Press for publishing it—although I must admit I am shocked by their exorbitant prices of $95 for the hardback version and $25 for the paperback for 218 pages, all in a time when printing costs have gone down significantly. Better that they might have printed it on-demand only.

Posted by Douglas Messerli at 7:37 AM